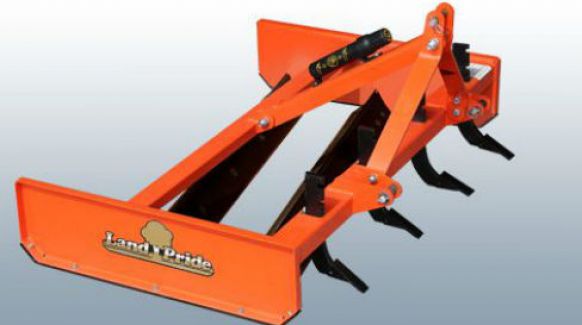 Land Pride GS05 Series Grading Scrapers come in 48" & 60" working widths and have uses and applications in landscaping, hobby farms, and small estates. These Grading Scrapers are uniquely designed to be extra user friendly and a low cost alternative for road grading applications. Unlike a box scraper, they are not designed to transfer large volumes of dirt from one location to another and as a result do not require the additional horsepower that a box scraper normally requires. Nor does it require the tending of tractor 3-point lift controls to maintain grade that a box scraper might require. Simply setting a properly adjusted GS05 Series Grading Scraper on the ground and driving forward enables the operator to grade off high spots and fill in ruts and low spots on unimproved roads and lanes with little or no manipulation of the tractors 3-point hitch controls. Unlike a rear blade, they require no adjustment of blade angling or offset positions.

The GS05 Series Grading Scraper simply and quickly moves dirt or aggregate from high spots to low spots. Should a large accumulation of unwanted buildup of soil or aggregate occur between the blades, initiating a slight raise on the tractors lift controls will allow excess material to flow out uniformly and evenly under the leveling scraper blades.

Fields with asterisks* are required. Please email our helpful staff with any questions or comments using the contact form.

Fields with asterisks* are required. Your friend will receive an email that contains a reference to this page. Please send this email only to people you know who would be interested in this information.

Send to a friend : 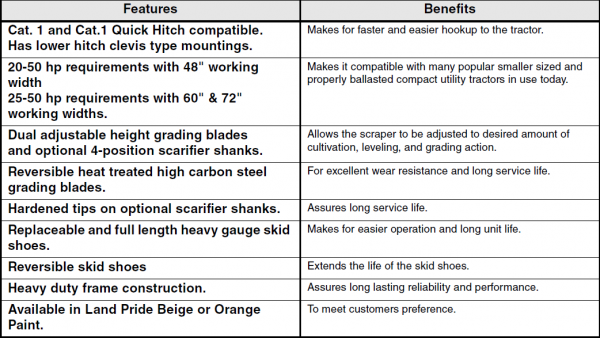 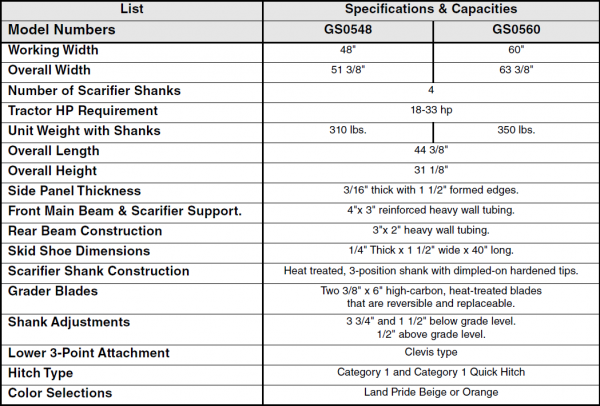